The CEO is the person at the helm of a company. They are presented with all of the latest information about sales, pipeline and forecasts for the future and are thus in an ideal position to be able to determine the company’s prospects. Therefore, when a CEO decides to buy shares of their company on the open market, this can be a signal that they believe the stock is undervalued.

Thus, in this article, we are going to dive into two technology stocks which have had recent buying activity from their CEOs.

Joby Aviation (JOBY, Financial) is a pioneer in flying taxis, or EVOTLs (Electric Vertical Takeoff and Landing Vehicles). The company went public in 2021 through a Special Purpose Acquisition Company called RTP, which was sponsored by LinkedIn (LNKD, Financial) co-founder Reid Hoffman and Zynga (ZNGA, Financial) founder Mark Pincus. Hoffman is a master of what he calls “Blitzscaling” and is an expert in helping companies expand rapidly, which is something Joby is well poised to do.

Its six-rotor vehicle is approximately four times safer than a standard helicopter according to one study published by Uber (UBER, Financial). The company’s plan is to replace the aging fleet of helicopters globally, while developing new use cases such as rapid, traffic free airport transfers.

One of Joby’s competitive advantages is that it already has a deeply embedded partnership with Uber and even acquired its flying taxi division Uber Elevate in 2020. This means customers will be able to book a flying taxi via the Uber app, just as one would a taxi. The company also has a partnership with the world’s largest automaker Toyota (TM, Financial) to help scale manufacturing when ready.

CEO and founder JoeBen Bevirt is a serial entrepreneur who self-financed the company in 2009 and has continued to pursue his vision. On July 21, Bevirt purchased 35,000 shares of Joby stock at an average price of $6 per share, which is close to where the stock trades at the time of writing.

It should be noted that Joby is still pre-revenue and thus this is a more risky venture capital style investment. However, the company does have a strong balance sheet with $1.2 billion in cash and short term investments with low debt of just $700,000.

The company acquired Penguin computing in 2018, a leader in artificial intelligence. Penguin has a long and established partnership with Meta (META), specifically its supercomputing projects. Its computing segment also includes the recent acquisition of Stratus earlier this year, which will help bolster the company’s proposition across Internet of Things (IoT), edge computing and the cloud.

For the third quarter of 2023, intelligent platform solutions revenue popped by 16% sequentially to $95 million and the company recorded a record backlog, which it expects to create 30% growth between the third and fourth quarters of 2022. 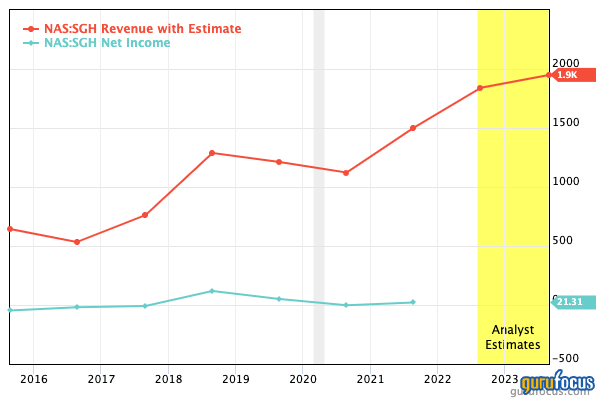 Smart Global’s memory business (also called SMART Modular) is a leader in memory for high performance computing applications. This segment generated revenue of $266 million, up 11% year over year, in the most recent quarter. This growth was driven by strong demand for its DDR3, DDR4 and flash memory products. The segment also focused on improving Capex management in Brazil, which has resulted in strong cash flow.

Its LED products segment includes general lighting and lighting for video screens. Revenue for this segment dipped slightly to $101 million versus $102 million for the same quarter last year. Despite this, its new XE-G LED product family has gained industry recognition according to the Edison Report.

The global semiconductor chip shortage in the past couple of years has highlighted the need for secure supply chains internationally. Smart Holdings has this covered with a vast international footprint of manufacturing locations across the US, Brazil, China and Malaysia. In addition, it has a number of logistics operations and R&D facilities globally.

The CEO of Smart Global Holdings. Mark Adams, purchased 10,000 shares of his company’s stock at an average price of $19.60 per share on July 26. This price range is close to where the stock trades at the time of writing. The GF Value indicates a fair value of $24 per share for this stock. 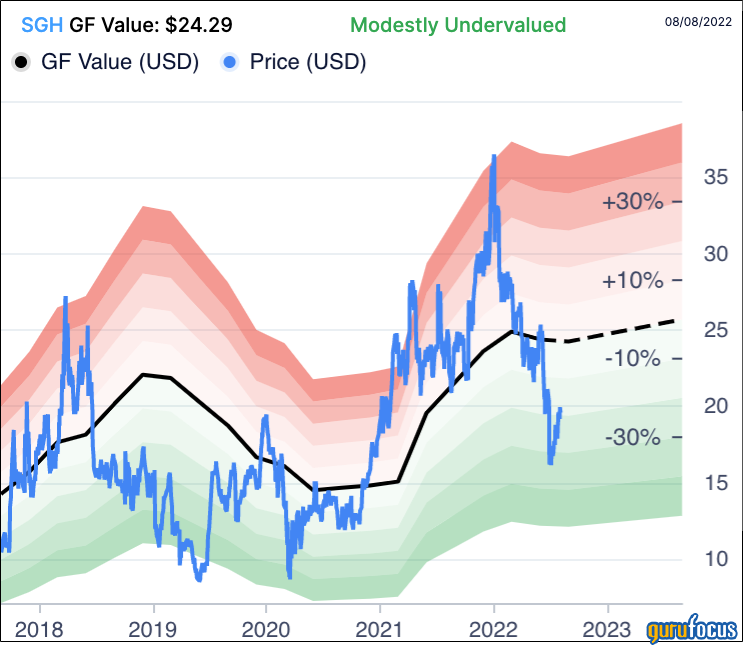