Indian businessman, Mukesh Ambani’s daughter-in-law, Shloka Mehta Ambani is one of the most followed entrepreneurs in the country. From being a successful entrepreneur to a much-followed fashionista, she makes it into the headlines every now and then. From giving ideas on how to style a basic denim jacket for a big event to pulling off any traditional saree, Shloka Mehta Ambani knows how to put her best fashion foot forward. Also, since her grand wedding with Akash Ambani, the gorgeous lady has become one of the most followed Ambani bahus on social media.

For the unversed, it was on March 9, 2019, when the elder son of a business tycoon, Mukesh Ambani and his wife, Nita Ambani’s son, Akash Ambani had tied the knot with his childhood ladylove, Shloka Mehta. After more than a year-and-a-half of becoming husband and wife, the much-in-love couple, Akash and Shloka had embraced parenthood on December 10, 2020, when they welcomed their son, Prithvi Akash Ambani into their lives. 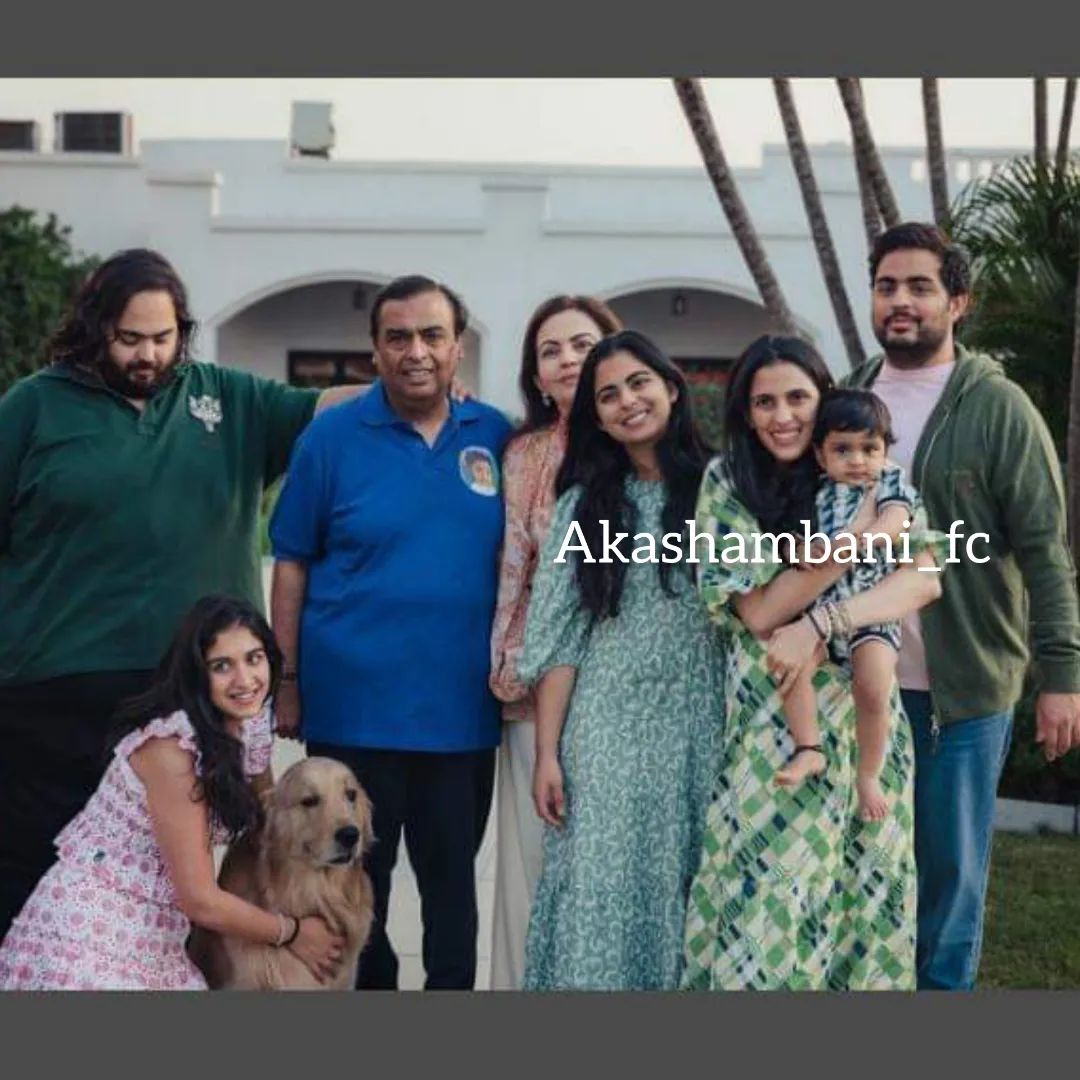 A few moments back, we stumbled upon a beautiful picture of Akash Ambani and his wife, Shloka Mehta Ambani’s meeting with the latter’s parents, Russell Mehta and Mona Mehta. In the unseen picture, Russell and Mona can be seen posing alongside their daughter, Diya Mehta and her husband, Ayush Jatia. However, the frame also featured the eldest member of the Mehta clan, that is Russell Mehta’s mother, who can be seen donning a mint-colored suit. In the picture, while Mona was busy playing with her grandson, Prithvi, the latter’s mommy, Shloka was posing with her adorable niece. The complete family frame speaks volumes about Akash Ambani’s close-knitted bond with his in-laws. Check it out! 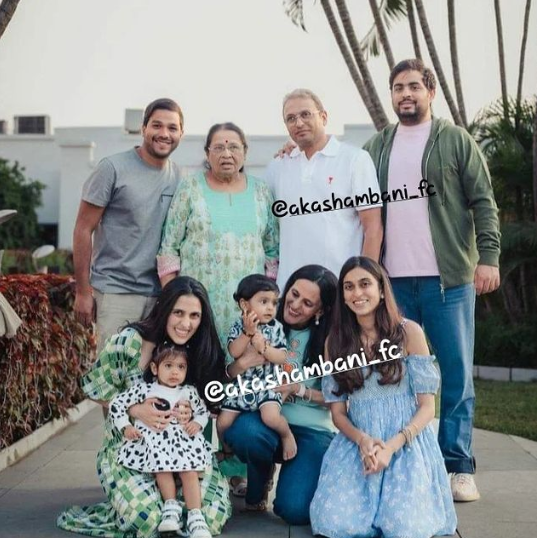 For the unversed, Shloka Mehta Ambani’s son, Prithvi Akash Ambani is soon going to be promoted to a big brother as his maasi, Diya Mehta had announced her second pregnancy on April 6, 2022. To share the good news with all her family members and friends, Diya had taken to her Instagram handle and posted two stunning pictures while flaunting her baby bump. In the picture, the mom-to-be looked absolutely gorgeous in a color block midi dress. Also, her pregnancy glow in the pictures was simply unmissable. Alongside the pictures, she had also penned a short note, and it could be read as:

Don’t Miss: Mahendra Singh Dhoni Revealed How He Had Proposed To Wife, Sakshi Dhoni, And How She Had Reacted 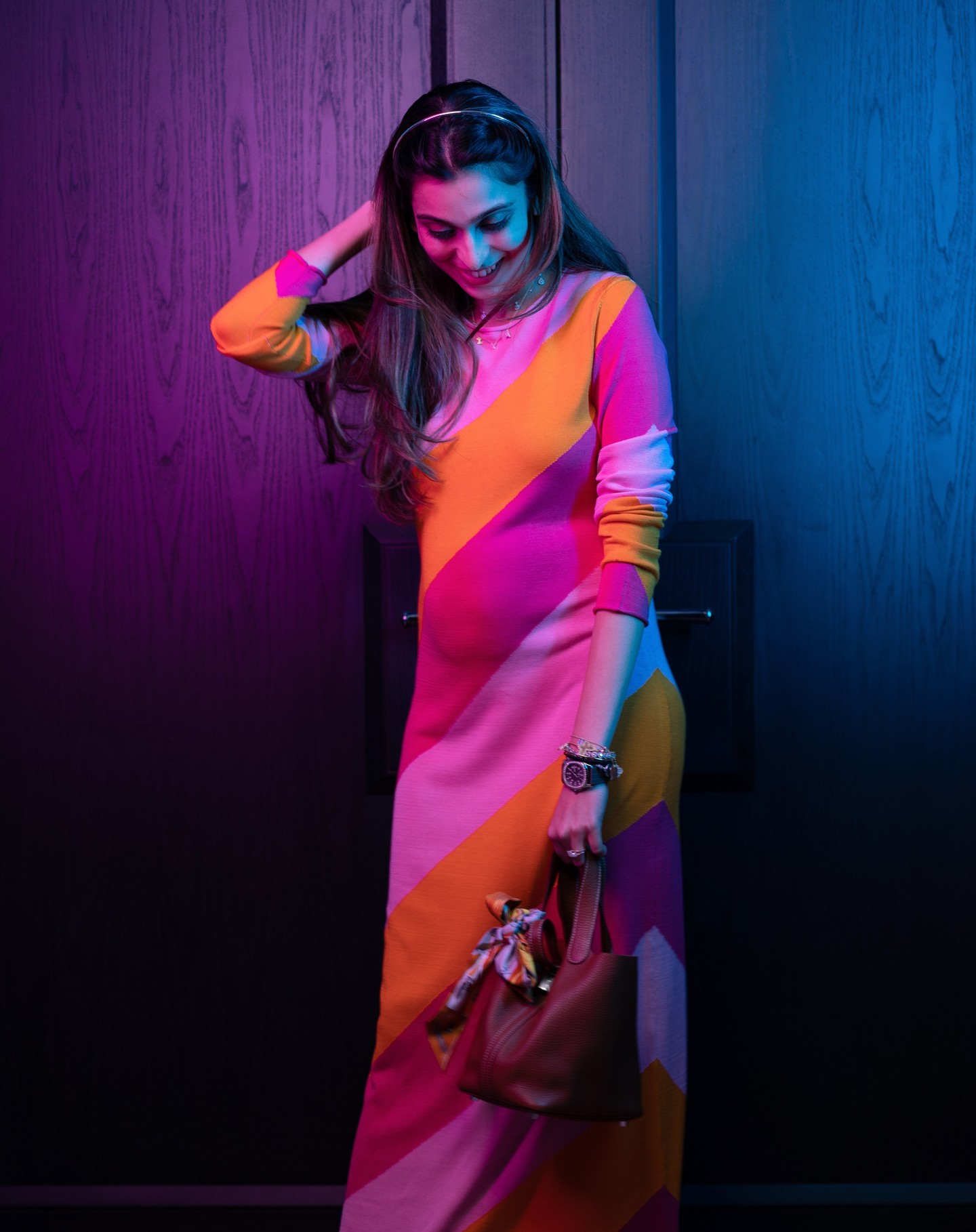 Time and again, we have seen Prithvi Akash Ambani’s pictures and videos going viral on social media in no time. Often hailed as the youngest prince of India, Prithvi is already a celebrity, and his every cute antic is worthy of a headline. Such is the craze of this little kid across the nation. When Prithvi had turned one, the Ambani family had hosted a grand bash with a lot of pomp and proved that he was extra-special to them. On April 4, 2022, one of Akash Ambani’s fan pages had shared a video of the little munchkin in which he could be seen having a gala time with his parents, Akash and Shloka. The little kid, Prithvi dressed in a navy-blue colored onesie looked adorable and his cuteness knew no bounds, and every picture looked straight out of a dream. Have a look!

Well, we are in love with this frame comprising the Ambani-Mehta clan! What about you? Let us know.

AWESOME NEWS! Now you can download Bollywood Shaadis app and never miss a story. Get App