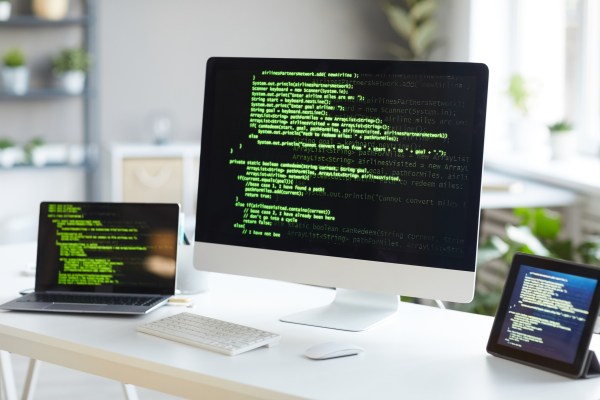 For the last few years, Appsmith has been quietly building an open source platform for internal development teams to build the custom apps they need. These are business applications that companies tend to build themselves to give them access to data in a more streamlined and visual way.

While the company frames it as low-code, it’s designed to speed up the development process for experienced developers, rather than helping a line of business users build applications, as some low-code applications environments aim to do.

Today the company announced a $ 41 million Series B, a pretty significant round at a time when VC dollars are getting harder to come by, especially for a pre-revenue company, but investors are looking at the startup’s growth potential, using the open source project as a springboard.

Company co-founder and CEO Abhishek Nayak says that while they fit in the low code category, it’s really a product geared towards developers who want to move faster when it comes to building internal applications.

“These applications are aimed at being used by internal team members and not external customers. So that’s the focus of Appsmith. It does things a lot faster for a developer and that’s why you can consider this as a low code product because it does mean that a developer is writing lesser amounts of code… but a lot of developers think of Appsmith as a framework to build applications, ”Nayak explained.

It does this by providing a lot of the components you need to build the application, whether that’s front end pieces, data connectors or access control, pieces developers often have to build from scratch. That involves providing drag and drop user interface components. Secondly, developers can connect to a data source, or use an API to connect to one not available out of the box. Finally, it handles access control so you can control who can use the tool internally. Each component is customizable, so developers have a lot of flexibility to adapt the components Appsmith provides.

The company currently has 95 employees, spread across 16 countries with the majority so far in India, followed by the United States and Nigeria, he said. He plans to double headcount by early next year, and believes that being geographically diverse helps when it comes to building a diverse workforce overall.

He points out that being remote has helped particularly when it comes to hiring more women. “We’ve seen that remote and flexible working definitely helps us just attract more women to come work with us. While there’s definitely a lot more we can do, we’re quite happy at the pace at which we are able to hire women, especially around the world, and not just in India, “he said.

While the company is still pre-revenue, it has grown the user base 15x in the last year, and has over 7,000 active users on the platform using the tool every month. The new investment buys him time to concentrate on the open source community before building the inevitable commercial product. He believes he has at least 4 years of runway, so plenty of time to build a product and get to revenue, but he will start looking at that within the year, he said.