Escambia County may increase the sales tax rate to fund fire services, rather than continuing the current system of an assessment for property owners.

During a discussion meeting Thursday morning, Commissioner Jeff Bergosh introduced the idea of ​​boosting the sales tax rate by a half-penny or three-quarters of a penny.

The county’s budget office presented four options to pay for increased service costs in the form of varying the current fee, which currently stands at $ 125 for most non-commercial property. Under the four proposals a new fire tax based upon property value would make up the difference needed to create at least $ 6 million in additional revenue to provide necessary funding and reduce subsidies from the general fund.

But under the sales tax avenue presented by Bergosh, the property assessment would go away. 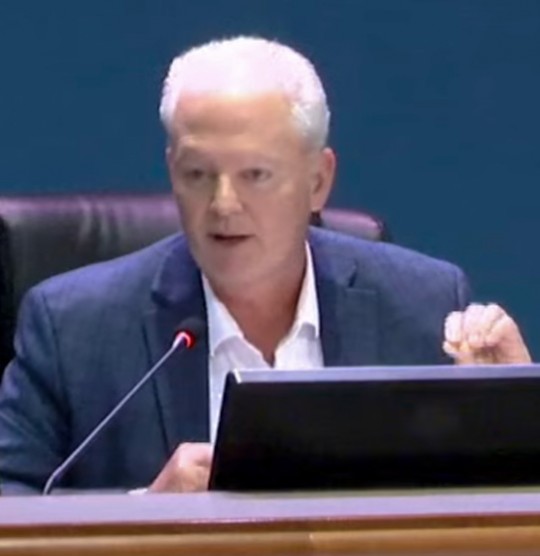 “There are a lot of people struggling still, and I don’t want to raise their property taxes one penny,” Bergosh said. “And I won’t vote to do so.” He said a big part of the sales tax revenue would fall upon visitors that don’t live in Escambia County and don’t pay the fire tax, despite using emergency services.

Voters would be required to approve any sale tax increase, likely on the November ballot if the proposal moves forward.

“Let the citizens decide if this is important enough for them to pay an additional half cent sales tax,” Commissioner Doug Underhill said, adding that he would not support an increase in property owners. He said that as a voter, he would probably not support the sales tax, but as a commissioner he would be supportive of allowing the citizens to choose.

“Sales tax adversely affects poor people and poor consumers because they don’t own property; they rent, ”Commissioner Lumon May said. “They are the greatest consumer because they spend and don’t save, and, unfortunately, it is more of a burden on a low income person.”

“It’s the taxpaying property owner in Escambia County that always foots the bill. I kind of like spreading it around and making sure everyone pays, ”Bergosh said.

Underhill said if he supports a tax, it would be in the form of sales tax because the consumer decides how aggressive their consumption, or spending, will be.

“People don’t decide their consumption based on their basic needs – food, shelter and essentials,” May said. “They have to eat; they have to buy the basic essentials to survive in the world. When you do apply that sales tax, it adversely affects someone who is trying to make ends meet. ”

Preliminary projections show a half-cent sales tax would generate about $ 25 million for fire services in Escambia County after total funding is shared with the City of Pensacola.

There was no final decision on Thursday. In the coming days, county staff will run an analysis to provide more concrete numbers, and explore any legal issues. The commission will discuss fire services funding further at an upcoming meeting.