It’s a world of rolling rock skateboards and seashell solar energy, where humans and dinosaurs co-exist, and mammoths are a gal’s best pal.

The CG series is produced by Disney Junior and Brown Bag Films, known for its work on Vampirina, Doc McStuffinsand Daniel Tiger’s Neighborhood.

Sharkey and Virgien serve as executive producers on the show and have previously worked together on other preschool series like Vampirina and Henry Hugglemonster. We got the chance to talk with the dynamic duo about Eureka!‘s prehistoric origins, what it was like designing a world that catered to the scientific and imaginary, and developing a character whose smarts meld with her popularity. 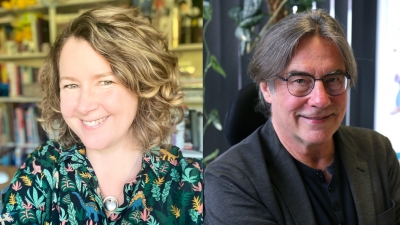 Victoria Davis: This is a beautiful animation with charming characters and equally charming music. And I want to talk about the design of the series more, but before we get into that, let’s dive into the origins of the show. Where did the idea for this series start?

Norton Virgien: I’d been lucky enough to direct for Doc McStuffins for a while, and it was so exciting to see how the world appeared to a little girl who wanted to grow up to be a doctor, instead of the more usual things. And so the idea was looming for a little girl in science, something equally inspiring, that gets kids excited about science.

Niamh Sharkey: I have worked in picture books and written a picture book called “I’m a Happy Hugglewug” and we made it into a show for Disney Jr. called Henry Hugglemonster. Norton was the director on that show, and I was the art director and creator, and we had such a good time working on Henry Hugglemonster, we wanted to do something else together.

So, it was really just brainstorming in a coffee shop in Dublin. And I had a little original idea called “Ug and a Kiss” about a prehistoric man and woman. And then we were saying, “Well, what if these guys had a family? What if they had a little girl, and her name could be Eureka? ” You could say we had a little “Eureka” moment of our own. That was the first genesis of the idea.

VD: The focus on STEM themes is something we’re starting to see a lot in preschool series, such as Ada Twist, Scientist and Sesame Street Mecha Builders. Why do you feel it’s vital to introduce these topics to young kids in entertainment today?

NS: We wanted to show that it can be open and exciting and fun. We see [Eureka] from the world’s first “Imagineer.” We have this fantastical world, but there’s no technology. So, for the eight-year-old inventor, she can just discover everything. Like, in the first couple of episodes, they’re using lava power to make pizza ovens. Everything is kid-centric, and she can explore just about everything in this world with her imagination.

NV: To see someone whose attitude is so positive, and who is so innovative in her thinking process and who says that it is something that we love to inspire kids to do . 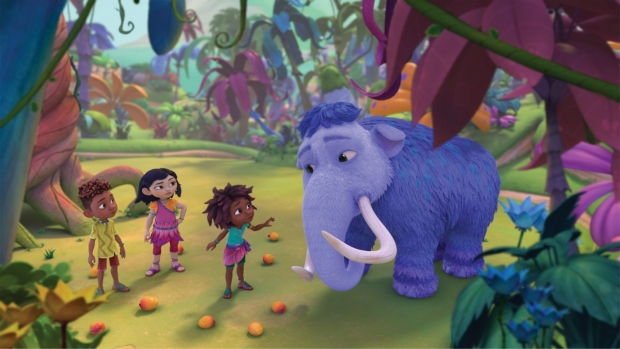 VD: You mention the lava-powered pizza ovens, which leads me to my next question: how specific do you get with science for an animated kids’ series? You don’t want to talk down to kids, of course, but I imagine you also want to add some magical essence to these stories as well for a show like this.

NV: Part of the key is that it’s a fantastical world. So, the science is more general. We follow the basic rules of gravity and all the other things, but we can also invent solar power with crystals, shiny shells and things, which might not work in real life, that would give kids the idea to get out and try things.

NS: In one episode, a meteor lands and everyone else is desperate but Eureka is curious about it and wants to figure out, “What can I do with this?” and I think that we can spark kids’ curiosity about the world and science in a way that’s fun, that’s a key part of the series.

VD: Capturing that fun and enticing wonder also has a lot to do with the show’s bright, beautiful animation. What went into decisions about how this world would be designed, especially with you, Niamh, being a children’s book illustrator.

NS: To get to design this unspoiled world was really fantastic. Their school is a cave school, or an outdoor school, the library is a cave library. Eureka’s mom runs the first Cafe Paleo in town. Their sandals are made from leaves and vines. We were inspired by Neolithic patterns on the clothes, so everything is made from organic materials. We have loads of references from remote islands and remote places in the world. And we also wanted the world to have a whimsical nature, kind of quirky as well and kid-friendly.

NV: Niamh spent a lot of energy trying to convince us that the kids would always be barefoot running around in nature, free-spirited and open. Of course, we ended up putting sandals on the kids. But kids nowadays don’t necessarily get around in the woods and be free like that. So, it’s a really nice fantasy world for kids.

VD: Another focus, in addition to the STEM subjects, is the inclusivity of the characters. What were some of your goals for what kind of characters did you want to bring to the screen? Obviously, you wanted a strong female lead.

NV: That’s for sure. We also wanted to create a world where the characters reflect on their classrooms and towns every day. We wanted to show that, in a world where there are all kinds of different people, you can forget about the superficial differences and embrace each other. Under Erica Rothschild’s leadership, our team of writers have done a super job bringing these things to the screen.

NS: With the core gang and across the board, we’ve tried to show that kind of diversity of characters. And as Norton said, it’s nice that kids can see themselves in the characters that they see on screen. And I think it’s important that we have a smart character who’s really the smartest kid in town as well. It was brilliant to be able to celebrate that. 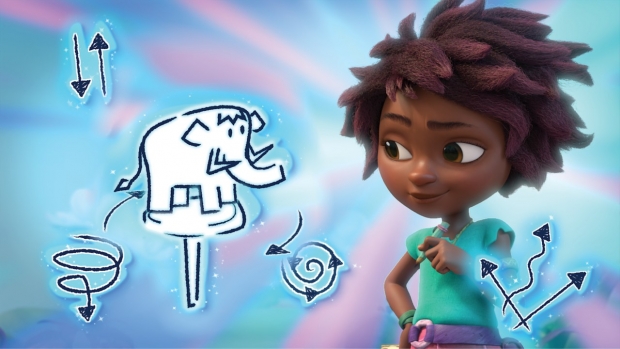 VD: And the show doesn’t just embrace a variety of characters from different backgrounds, but also different personality types. It really does break down stereotypes about what it means to be the smart kid in class, so to speak.

NV: One of the themes of the show is that you can be really smart and still be really popular. Eureka is the leader of this little gang. And they can look for her ideas and her inspiration. We’re glad to put that out into the world.

NS: Eureka is a little bit different. And she doesn’t think in a different way than everyone around her. You can see, as the series progresses, the kids look up to something.

VD: What are some of the dos and don’ts when it comes to developing a successful female lead character? Of course we’ve seen animated films that do this very well – such as Doc McStuffins – but there are a lot of shows out there that are definitely real, relatable, and inspiring to young kids. How did you approach Eureka in a way that you knew would be successful?

NV: The funniest I’ve ever been directing with really optimistic and positive characters, even looking all the way back to Rugrats, where our lead was the youngest one, but he was the most optimistic. And I think Eureka is too. She thinks her ideas are always going to work. And, as you see if you watch the episodes, they don’t always work the first or the second, and maybe the third time they start working. But I think that positivity is what makes her charming to me.

NS: As someone who was also a creative child – and I now have some kids myself – I think curiosity was great to instill the heart of Eureka as well. She’s imaginative, but she’s also genuinely curious about the world. And she’s a true friend as well. She’s always doing things with a heart, whether she’s trying to get her dinosaurs at school. 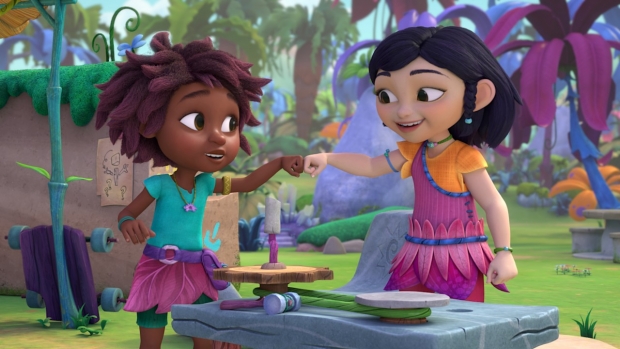 VD: Were there any major challenges or hurdles you had to get over during production for this show?

NV: There are always challenges for Season 1 when you’re creating a whole new world. We have a beach, we have the ocean, we have mountains, there are skiing episodes, there’s the key location of the school and the library and all that Niamh mentioned. It takes a lot of clever planning to get it right in the right order and get all the pieces of the puzzle to fit. And we’ve made it. We’re debuting and we’re all breathing a big sigh of relief.

VD: What do you hope kids take away from this series? And how do you hope it speaks to fellow kids’ series creators?

NV: To fellow creators I would say: it’s such an honor to get a chance to imagine a new world, and bring new characters to life. When we get the chance, we owe the audience nothing but our best!

NS: We’ve had a lot of fun making the show. We’ve put our heart and soul into it and we’re really proud of it. So, I just hope kids are inspired by Eureka and the idea that an eight-year-old kid can actually change the world. And it all starts with a spark of an idea. And if you do dream it, you can do it as well. So I’m just hoping that kids will get out and start inventing and creating and not be redundant.

Victoria Davis is a full-time, freelance journalist and part-time Otaku with an affinity for all things anime. She’s reported on numerous stories from activist news to entertainment. Find out more about her work at victoriadavisdepiction.com.