Editor’s note: China’s venture capital and private equity industry has undergone huge shifts over the past few years, thanks to a sea change in the global and domestic socioeconomic climate.

As Chinese businesses struggle to adapt to the new normal, marked by more stringent regulatory oversight against overseas listings, a Covid-battered economy and dwindling household consumption, and stronger headwinds as startups move up the value chain, so will their financial patrons.

How are VC / PE investors faring in these turbulent times? What are the challenges they deem the most intractable and what are their solutions? Conversely, which are the emerging areas of opportunities that can be turned into the next money-spinner with their Midas touch? More generally, how do they expect China’s entrepreneurial scene to evolve in the next couple of years? And most importantly, after having their finger on the pulse of the country innovations, are they still China bulls or have turned perhaps into China bears?

These are defining questions to which no one has the exact answer. But we at EqualOcean believe that one can at least get a glimpse into the future of Chinese economy by looking at how VC / PE investors are planning and making their moves.

With this in mind, we start a new series called “China VC Interview,” in which our analysts will sit down with frontline industry practitioners to hear their opinions about China’s VC / PE industry.

The following is one of this series, conducted by our analyst Boying Ji after his talk with Liu Di, Managing Director of Peakview Capital (Chinese: 成).

Boing: What was China’s venture capital industry like when your institution was established?

At that point, we saw that the entire domestic equity market was in a state where the USD and CNY funds were in balance, but the volume of CNY funds was relatively large, because at that time, the exit mechanism for institutions in the domestic equity The investment market was relatively good. Through the exit mechanism, a large number of outstanding VC-backed companies, driven by the dynamics of the domestic capital market, obtained further financing after their IPOs.

Therefore, we found that the domestic equity investment market was dominated by a large amount of CNY funds, or in other words, this kind of industrial investment and strategic emerging industry investment was the mainstay, so in 2010 and 2011, this was our core business concept. At that time, mobile Internet was unheard of, and everyone from the VC industry still used a “macro-scale gold mining model” to carry out the basic operation of equity investment.

We found that the entire market was more inclined toward internal circulation because most LPs of existing funds were still state-owned.

After Peakview Capital was established, it focused on angel or early round of financing, because our asset was relatively small. When we first entered the industry, what we did was not equity investment but venture or angel funding round. 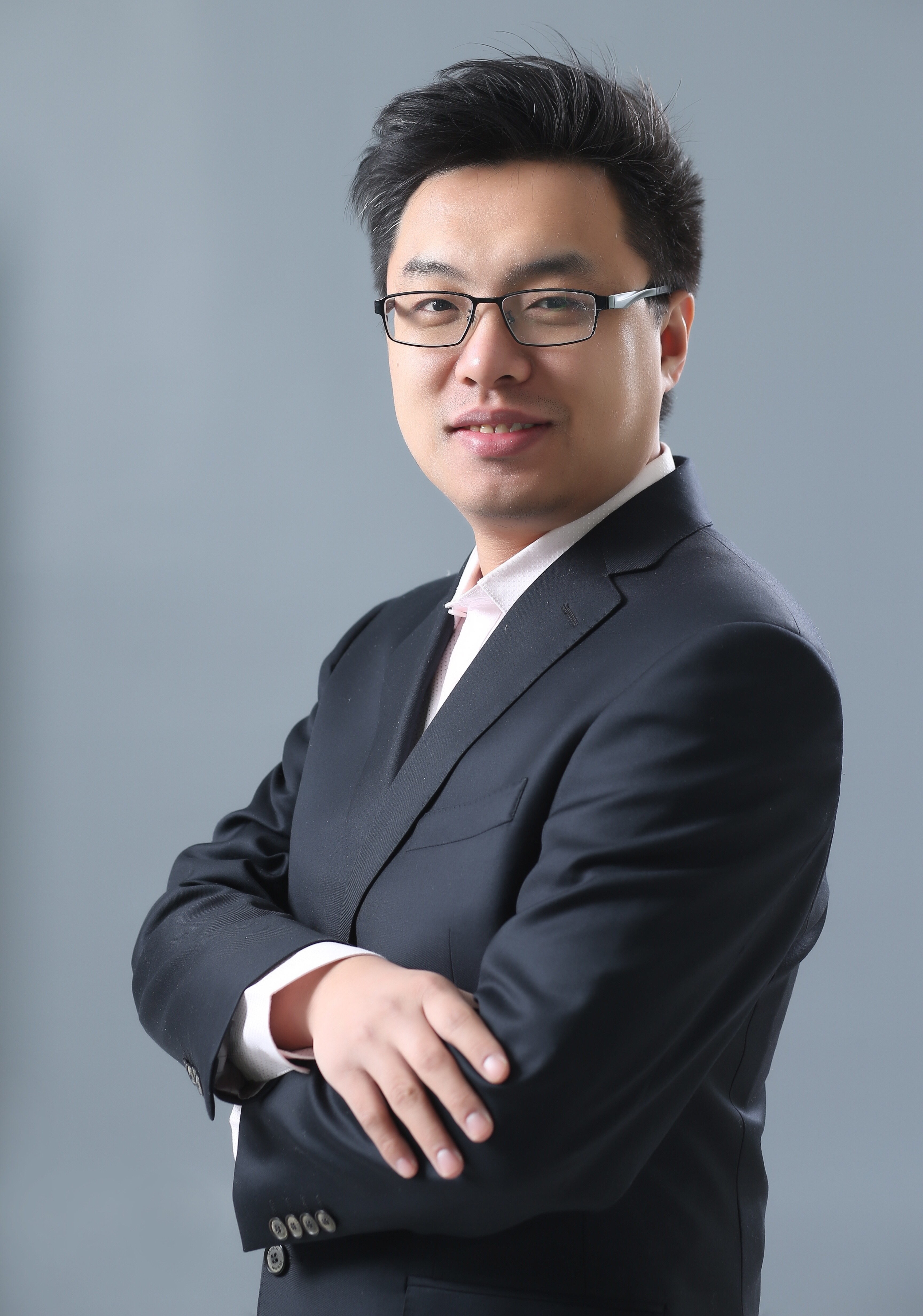 Boing: How has China’s venture capital industry evolved since your institution was founded?

Liu Di: The second stage was in 2014 and 2015, which was the so-called “entrepreneurial period.” Because the country has vigorously guided the early stage of entrepreneurship, and due to a process of “gradually opening up” policies, a large number of domestic funds were up and running, so the status of USD and CNY funds has become even more balanced. This is very important for entrepreneurship, it was a kind of financial guidance, and more entrepreneurs could be motivated by that signal. So at that time, projects on the market began to increase, and at the same time, some project pools needed more venture capitals to invest.

We believe that the period when many domestic media outlets promoted the so-called “VC 2.0” era started from the second stage. The venture capital enterprises were still in the stage of exploring the market, so the capital investment was relatively large at that time.

The third stage is in 2018 and 2019. The entire domestic equity investment market was faced with insufficient funds. The most typical event was that the previous venture capital 2.0 period has reached the stage of profit payback. Some short-sighted funds began to exit during this period, and more LPs found that the funds did not achieve the expected returns, so they might not support the funds in the future. Therefore, a large number of venture capital institutions started to go out of business. There was not much activity in the market.

So, at that time, the entire domestic market shifted from a balance between CNY and USD funds to domination by USD funds.

The last stage is the period after the Covid-19 epidemic struck. If there were no Covid-19, the industry would continue to evolve from where it was in 2018. But because of the epidemic, we found that the entire international and domestic environment has changed a lot. China was the first country to recover from the epidemic. After its recovery, China rolled out a raft of policies aimed at the capital market in quick succession over the past two years. A large number of CNY Funds’ LPs have become more circumspect after this experience and clearly set new standards to select different GPs.

Boing: What is your investment logic behind the representative portfolio of your institution? 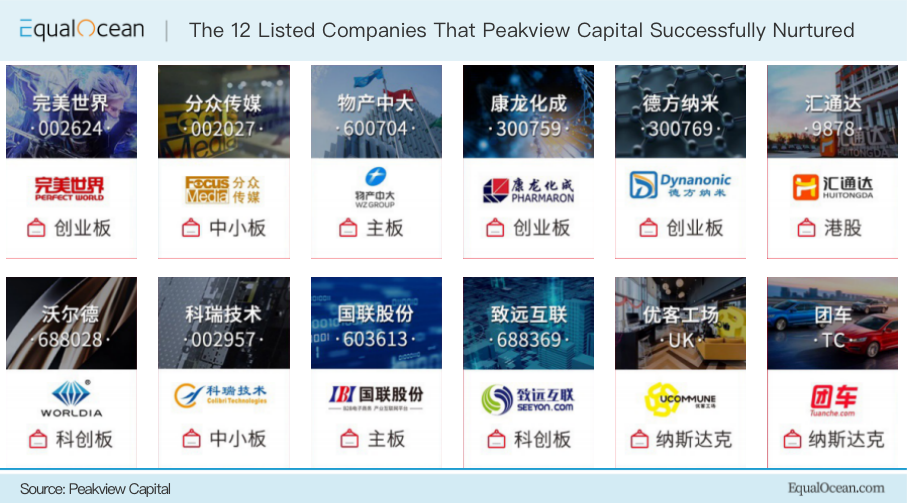 Our general direction is to position ourselves as a TMT (technology, media, and telecom) investor, so most IPO projects from our portfolio are TMT firms. This is also a core logic that runs through the investment of Peakview Capital.

I have invested in more than 80 GPs by now, so the entire asset scale has exceeded CNY 10 billion (USD 1.475 billion), and the asset managed by the funds that I covered will probably exceed CNY 100 billion. For those funds with a combined value of CNY 100 billion, we filtered their investments and concluded that most of their favorite industries are TMT. We will try to get as much information as possible before making a decision, so that when I screen these projects, I can choose relatively high-quality projects or good projects in those funds’ investment pool.

After we sorted out all the investment strategies of venture capital firms in the entire market, we knew their segments very clearly. Then we would find suitable projects in these segments and invest in them or reach a long-term cooperation.

Overall, we will establish contact with some venture capital institutions by funding them, then strengthen the cooperation through projects, and finally achieve a win-win outcome for everyone.

Boing: In 2022, how does your institution view the risks and opportunities of the industry?

Liu Di: My personal opinion is that the metaverse in China at this point has a completely different development logic and background from abroad, and the future direction of the industry may also be distinct.

The domestic development logic is inclined toward monetization at the industrial Internet or industrial application level. For example, the application of AR and VR in building construction, security inspection and other scenarios can be realized in China.

On the “to consumer” side, the investment environment of the domestic CNY fund market does not support Metaverse companies to expand or strengthen their business models in China. It is similar to the logic around the blockchain in 2018. At that time, many people abroad could issue tokens or speculate on Bitcoin to increase the value of personal assets and personal funds, and even many blockchain funds were started. In China, this kind of thing is illegal because of regulatory supervision, so what everyone sees in China is the application of blockchain in some specific business scenarios.

Above is my understanding of the industry. Based on this understanding and adhering to our investment currency of choice, I can only invest in some industries like the industrial metaverse that can be quickly integrated with existing businesses thanks to innovative technology related to the metaverse. So such projects are our focus or at least will be the focus in the short term.

Boing: What trends do you see in the next three to five years? How will your institution seize new opportunities?

Liu Di: In the next few years, let’s say separately, first of all, the overseas market will monetize and innovate the “to consumer” industry driven by the concept of the metaverse. The passion about industrial innovation in this direction is no less than during the boom of the mobile Internet in 2014 and 2015, because this is a rare case where all the industry giants are involved.

Secondly, from the perspective of CNY fund investment, I think that after the epidemic outbreak this year, along with the 20th National Congress of the Communist Party of China slated for the second half of this year, the main trend of domestic industries, from the end of this year to next year, will still be fixed on “internal circulation” or “self-circulation.”

In the process of self-circulation, domestic enterprises still need to focus on the primary and secondary industries, rather than the tertiary industry, so projects related to manufacturing or industrialization upgrades are our focus.

The epidemic is something that we could not have predicted in the past, but it can quickly spread across the country and herald some opportunities. During the fight against the epidemic, the progress and changes witnessed are beyond our imagination.

We thought this battle would be over in one or two years, but now it has been dragging on for three years, so this could conversely be an opportunity for us to focus on; in other words, amid the unexpected international and domestic situation, new opportunities will be seen.