RPC has hired from Dentons for its inaugural general counsel. Reshma Raja has joined RPC after four years as deputy general counsel at Dentons. At RPC, she will be part of the partnership and advise the managing partner and the partnership executive team on the legal and regulatory implications of major decisions, a statement said. RPC joins a string of firms in appointing its first general counsel, including Shoosmiths, while several other firms also refreshed its GC leadership, such as Slaughter and May and Clifford Chance.

Squire Patton Boggs has added litigation partner Christian Toms to its litigation practice in London. Toms, a qualified barrister and solicitor, joins from Brown Rudnick where he spent over 12 years, a according to his Linkedin profile. Prior to that he was an associate at Hogan Lovells and also has experience as a criminal barrister. Toms has wide ranging disputes experience, particularly those arising from complex financial arrangements and investments including securitition structures, as well as joint venture and director/shareholder disputes. 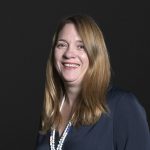 Simmons & Simmons has appointed Emily Monastiriotis as its international dispute resolution head, taking over from Hans-Herman Aldenhoff who has been appointed as head of European client relations. Monastiriotis has been at Simmons for over five years, according to LinkedIn.

Travers Smith has appointed partner Emma Pereira as head of real estate. Pereira has been aa partner in the Travers real estate department for almost a decade and will be taking over from Simon Rutman. Pereira will oversee the management and growth of the team.

US-based technology company Axon has promoted its general counsel to chief legal officer, according to a company statement. Isaiah Fields has been with the company for over 11 years, with his most recent role as executive vice president and general counsel. 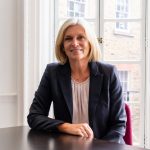 Natasha Rees, Forsters. Courtesy photo. Forsters has elected its next senior partner, with Natasha Rees stepping in to replace incumbent Smita Edwards. She will take on the role from 1 September as Edwards returns to full time practice after eight years as senior partner. Rees specializes in property litigation and enfranchisement, having been at the firm for 21 years and making partner in 2008. Until March 2022 Rees was head of the firm’s property litigation practice. 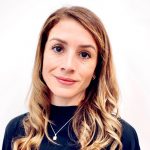 Hannah Mahon, Eversheds Sutherland. Courtesy photEversheds Sutherland has hired a partner from employment law boutique GQ Littler, to bolster its employment practice in London. Hannah Mahon joins the firm after 11 years at GQ Littler, according to her LinkedIn profile, four of which were as partner. She specializes in high value contentious work in the Employment Tribunals and High. 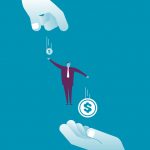 Legal finance provider Therium has added four investment managers across London and New York. In London, Chris Wilkins joins from Slaughter and May where he has spent the last nine years having started as a trainee, according to LinkedIn, and Charlie Temperley joins from Michelmores where he spent two years. In the US Corey Banks joined Therium from Wachtell, Lipton, Rosen & Katz after five years and from Sidley Austin, Joshua Card was hired after two years. The quartet will provide legal finance to meritorious cases, law firms and corporates via a range of financing structures. 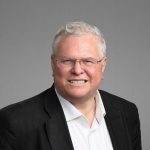 Brown Rudnick has added veteran energy partner James Douglas to its global energy transition group and appointed him co-chair of the group. Douglass, who has over thirty years experience in private practice, is joining the firm from Baker Botts. Prior to that, he has also worked worked at King & Wood Mallesons where he was head of the energy group and at Linklaters where he practiced for over twenty years, according to his Linkedin profile. Douglass’ key areas of focus include renewables, green hydrogen, and corporate PPAs, and he has significant experience advising on M&A, capital raising and project contracts in this sector. 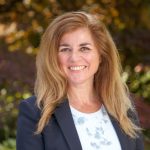 Keystone Law bolstered its litigation and real estate teams with the hire of three partners. The hires included DWF’s head of health litigation. Tracy Sell-Peters, who joined from DWF after 13 years with the listed firm. The partner has joined Keystone’s litigation practice, along with Gregor Kleinknecht, who has moved from Hunters Law, where his clients included sovereign governments, multinational corporations, and banks. Completing the team is Samantha Leighwho has joined Keystone’s real estate practice from the law firm Freeths.