Building on its history of innovation in agriculture and the success of its signature industries, Kentucky is making strides towards becoming the agricultural technology capital of the United States.

Farming is important to Kentucky’s identity but also vital to its economy.

In 2020, Kentucky farmers achieved $5.2 billion in farm cash receipts, with the leading ag product being soybeans. In 2021, there were over 74,000 farms in Kentucky, covering nearly 13 million acres of land—more than 50% of Kentucky’s acreage.

Since the state’s early days, farmers have sought innovative ways to increase yields and efficiency.

“The pioneering spirit of Kentucky’s early settlers laid the groundwork for our state to be the bourbon epicenter of the world, and those same tendencies helped develop no-till crop production methods in Christian County in the late 1950s,” said Timothy D. Hughes, senior trade advisor in Quarles’ office at the Kentucky Department of Agriculture.

Sixty years ago, farmer Harry Young made an incredible impact on Kentucky agriculture when he planted his first commercial no-till crop, injecting seeds into fields to avoid plowing, which disrupts soil biology and leads to it washing away.

“All of our topography is rolling, and people farmed it using conventional tillage because they had to. We had so many ditches. It was a real mess,” said Lloyd Murdock, professor emeritus in the UK College of Agriculture, Food and Environment. “Kentucky was headed for a situation that would have put us out of crop production had it not been for no-tillage.”

Today, no-till crop production continues to improve soils and water quality across the world. Farmers practice no-tillage on more than 104 million US acres, according to the 2017 US Department of Agriculture’s Census of Agriculture, the latest on record.

Companies like AppHarvest are following in Young’s ambitious and inventive footsteps, seeking ways to change the future of farming.

“The world is looking to Kentucky as a leader in the field, as the building of our controlled-environment agriculture facility in Morehead has captivated onlookers from around the globe,” said Jonathan Webb, founder and chief executive officer of AppHarvest.

The now-publicly traded AppHarvest has certainly made a splash, but the company isn’t alone in its resourcefulness. Its success was built on Kentucky’s strong foundation of innovation.

“Many firms are innovating a wide array of technologies to advance diverse fields of agriculture,” said Hughes.
Among them:

• Alltech, headquartered in Nicholasville, is one of the world’s top five animal health and nutrition companies. Its products improve the health and performance of plants and animals, resulting in better nutrition for consumers and a decreased environmental impact. Its accelerator programme, the Pearse Lyons Cultivator, is working with five agtech startups that are using innovative technologies to improve animal welfare, production and profitability for producers and offer greater access to nutritious food for consumers.
• In Stanford, Kentucky Fresh Harvest operates a controlled-environment agriculture facility, where it aims to build a more equitable, sustainable food system focused on growing communities.
Smart Farm Systems, founded in 2012 by Nicholasville resident Bob Farinelli and partners, uses large-area wireless remote monitoring and control systems for farm irrigation pumps and environmental, soil moisture and water level monitoring devices.
• TapLogic, headquartered in Murray, offers advanced information management software for farmers. Its web-based and mobile technology helps growers build better record sets and uses them to increase the efficiency of their operations.
• Lepidext produces Insterus-Hz, a biopesticide to control the corn earworm, a pest that costs US farmers $2 billion per year. Lepidext isolated a strain of a naturally occurring virus that causes sterility in the corn earworm. Moths treated with Insterus-Hz can be released in a field, decreasing the number of eggs laid in the crop and reducing the local population of resistant insects.
• Murray-based Ag Connections, now called Syngenta Digital, develops and continuously updates crop management software solutions to increase farm efficiency.

Redleaf Biologics is a biomanufacturing company that uses patented, non-GMO plant genetics to produce rate and valuable functional ingredients from plants. Those ingredients are used for health, wellness, cosmetic applications and more.

“The result is not only a portfolio of products that are natural, sustainable, and highly scalable, but a company that is creating an entirely new agro-economic value chain and driver of sustainable economic development in Kentucky,” said Luke Fish, RedLeaf’s business development manager. 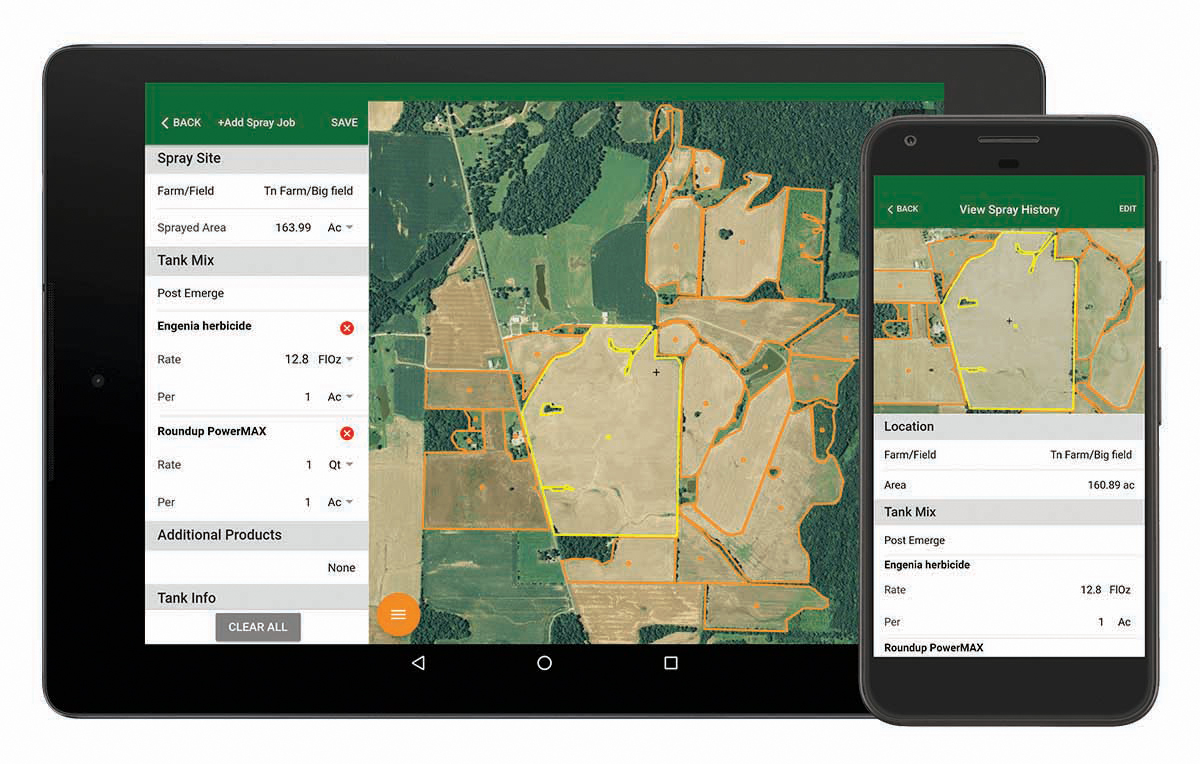 In June, Quarles announced the formation of Bluegrass Ag Tech Development Corp., an entity charged with cultivating an innovation ecosystem for agribusiness entrepreneurs. The board of directors includes representatives from the Kentucky Department of Agriculture, the city of Lexington, UK and Alltech.

The entity promotes the use of technology in agriculture to make farmers and producers more productive and efficient.

The entity will provide leadership, educational, technical and financial management resources for groups and organizations seeking to enhance opportunities through agribusinesses.

“We believe that Kentucky can step up to the challenges facing our agriculture communities and become the agriculture hub of technology and innovation in the United States,” Quarles said.

A second initiative, created by Gov. Andy Beshear in 2020, seeks to build on Kentucky’s assets to become a “land of opportunity” for companies that seek to create new and better ways to deploy agriculture technologies.

Beshear created the AgriTech Advisory Council to guide his administration in its quest to make Kentucky the world’s hub for agricultural technology and shape the future of farming.

Members of the task force, which meets quarterly, include representatives from farming, industry, education, labor and civic life.

Beshear signed an international agreement with 16 partner organizations, including the Dutch government, to grow Kentucky’s agricultural technology footprint. A website dedicated to this effort—agritech.ky.gov—connects entrepreneurs with business development personnel and boasts that “Kentucky’s signature industries uniquely support the development of agritech in the state. Kentucky is rich in the traditions, the know-how and the entrepreneurial spirit to bring major advances in agritech to the US and global economies.”