In its bid to make the Winter Olympics “green and clean”, China turned on the world’s largest pumped hydro storage plant. The $ 3bn (18.96bn yuan), 3.6GW Fengning Pumped Storage Power Station in Hebei Province will provide 600MW of electricity to host cities Beijing and Zhangjiakou – avoiding the burning of 480,000 tonnes of coal a year and reducing CO2 emissions by 1.2 million tonnes.

The Chinese State Grid Corporation opened another five-pumped hydro station last year and plans to increase its pumped storage capacity from the current 26.3GW to 100GW by 2030. All over the world, grid operators are desperately searching for long-term energy storage solutions to leverage. Renewable energy as baseload power and address the variable nature of clean resources.

“[Pumped hydro] Will play a significant role in supporting the deployment of variable energy sources, as other storage solutions alone cannot provide sufficient storage and sufficient grid flexibility, “says François Le Scornet, a senior consultant at Carbonexit Consulting. “The demand for pumped storage can grow significantly over the coming decades.” 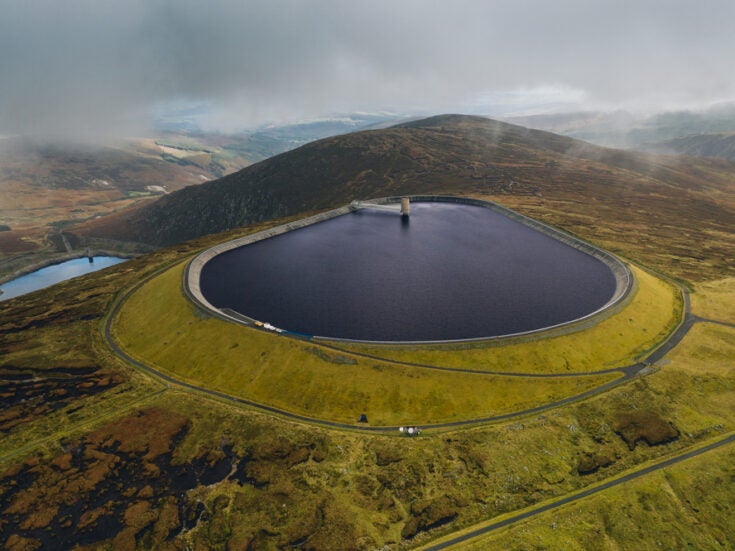 Pumped hydro energy storage (PHES) has been in use for more than a century. It involves pumping water from low to upper reservoir when there is spare power generation capacity (on windy or sunny days, for example), and letting it run down to lower reservoir via a turbine to generate electricity when there is a shortfall – such as at night.

Power grids need to be able to match incoming electricity supply to demand in real time, or they experience shortages or overloads. There are various ways grid operators can do this, including sharing power across large regions through transmission lines and locally via distribution grids, controlling demand (such as providing financial incentives for people to charge their electric vehicles in non-peak hours), and storing energy. General Chat Chat Lounge For the latter, batteries and PHES have become the options of choice.

As the world looks to us to fossil fuels itself, about two-thirds of the electricity generation capacity is added every year. coming from wind and solar. However, due to their innate variability, these renewables require energy storage. For grids with small centimeters of wind and solar, conventional coal, gas and hydro generators can effectively supply supply and demand, but as those centimeters increase – they are now all over the world – the need for storage capacity grows.

PHES currently makes up 94% of installed global energy storage capacity. According to the International Hydropower Association, PHES plants can today store about 9,000 gigawatt-hours (GWh) of power. Countries such as Japan have huge quantities of PHES capacity installed, allowing its nuclear and fossil fuel fleet to maintain almost constant output.

Batteries make up most of the remainder of the electricity storage market. They are rapidly falling in price and can compete with PHES for short-term storage (minutes to hours), but PHES is much cheaper for long-term energy storage (overnight or multiple days) and has a longer lifespan, at 50–100 years. General Chat Chat Lounge

“Pumped hydro is by far the cheapest overnight storage,” says Blakers. “Importantly, the working fluid is water rather than battery chemicals.”

Most PHES plants were built from the 1960s to the 1980s, and by 2005 there were more than 200 operations globally – often developed in conjunction with traditional river-based hydroelectric dams. They fell out of fashion due to concerns over their environmental impact, but have experienced something of a renaissance as countries search for storage solutions for their rapidly expanding renewables portfolios.

There are numerous large PHES projects in development around the world today. In Uzbekistan, state-owned hydropower producer and project developer JSC Uzbekhydroenergo is discussing French state-owned utility EDF over a 200MW PHES project in the Tashkent region.

In the UAE, the Dubai Electricity and Water Authority is building a 250MW plant in the Hajar Mountains. It will be the first PHES plant in the Arabian Gulf and is expected to come online in early 2024.

In the US, Eagle Crest Energy is developing a 1,300MW plant with 18 hours of storage at a former iron mine in California. The project is scheduled to come into service in 2027, but currently hangs in the balance after local groups raised concerns over its potential impact on the local environment and groundwater.

In Scotland, developer ILI Group announced in June 2021 that proposals for the £ 550m ($ 774m), 450mW Red John PHES plant on the shores of Loch Ness were approved by the government.

Australia’s first PHES plant in 40 years is set to be completed by 2024. The 250MW Kidston Stage 2 facility in Queensland will cost approximately $ 600m. There are also two other large-scale PHES projects in development in New South Wales; the 2GW Snowy 2.0 project and the 600MW Oven Mountain project.

Greenko Group’s Pinnapuram Pumped Storage Project in Andhra Pradesh, India, is expected to be commissioned in 2023. It will combine 2GW of solar PV with 400MW of wind and 1.2GW of PHES, and has been awarded a tariff of $ 0.054 per kilowatt-hour. , is considered the lowest-cost solar-plus-storage project proposal in the worldGeneral Chat Chat Lounge

Nonetheless, not everyone is sold on the idea – and PHES has a number of drawbacks that impede its silver-bullet storage status. According to a recent literature review, the main barriers to PHES are a lack of supporting infrastructure such as roads and transmission lines; limited favourable topographies; high capital, operation and maintenance costs; and long payback periods.

“Today’s hydropower capacity means [PHES] Can only play a minor role, “says Arij Van Berkel, Vice President and Group Director of Energy Research at Lux Research, a US-based research and advisory company. “Expanding that capacity is incredibly disruptive to the environment compared to other energy storage options. In addition, there are many other limiting factors such as the use of water in agriculture. “

Van Berkel believes existing PHES can play a modest but significant role in the energy transition provided by long-term storage for about 8% of global electricity production. Expanding it will be tough, he says.

[Keep up with Energy Monitor: Subscribe to our weekly newsletter]

Hydropower often requires flooding, and constructing extensive connecting infrastructure with knock-on impacts for the local environment and communities. A recent study found that 631 hydropower dams were built since 2001 with associated local economic growth, population and greenness in areas within 50km of the dam sites, especially in the Global South.

Global warming reduces the potential of PHES through increased evaporation from the reservoirs and larger fluctuations in their levels. During Norway’s extremely dry summer of 2019, reservoirs fell below critical levels, jeopardizing the security of the electricity supply.

The nature of hydropower also means projects are large and take a long time to develop and build. “As the energy transition accelerates, other storage options that are easier to scale in smaller and faster steps will be more convenient,” says Van Berkel.

Dams are rightly controversial, and most of the existing PHES systems are indeed river-based – but they don’t have to. “Pumped hydro storage is often overlooked because of concern about hydropower’s impact on rivers, but what many people do not realize is that most of the best hydro storage sites are on rivers at all,” says Australian National University’s Blakers.

Creating ‘closed-loop’ or ‘off-river’ PHES systems that use existing lakes or reservoirs instead of rivers would bypass the need for new dams, with little additional land demand except for transmission lines. A pair of 250-acre, 20m-deep reservoirs with an altitude difference of 600m can store 24GWh of energy, meaning the system could supply 1GW of power for 24 hours, enough for a city of a million people.

In addition, evaporation suppressors – small objects floating on the water to trap humid air – can help reduce water evaporation. On average, the water required for an off-river PHES system equates to about three liters per person per day, up to 20 seconds of morning showers or one-third of the water evaporated per person per day in the cooling systems of the US fossil. fuel power stations.

Off-river PHES also boasts a much larger number of potential sites than its on-river counterpart. In a global survey of greenfield off-river PHES conducted in 2019, the Australian National University found 616,000 suitable sites around the world. Each site consists of a closely spaced reservoir pair with a defined energy storage potential of 2, 5, 15, 50 or 150GWh.

“The world has 100 times more off-river pumped hydro storage potential than needed to support a 100% renewable energy system based on solar and wind,” says Blakers.

For those areas without the geography for off-river pumped hydro, there are solutions. In case there is no water, a company called Energy Cache has adapted the PHES system to use gravel instead. A line picks up gravel at the bottom of a system and moves it to the top; When the process is reversed, the gravel moves back down the hill and powers a generator to produce energy. If there is no hill, a company called Quidnet Energy – backed by Bill Gates’ Breakthrough Energy Ventures – is pioneering a system that uses renewable energy to pump water into underground wells, creating huge amounts of pressure. When that energy is needed, the pressure is released, pushing the water up and through a turbine, generating electricity.

Decarbonisation requires electrification. According to Blakers et al, electricity demand will triple as transportation, heating and industrial manufacturing go electric. Some of these energy consumers have built-in storage capacity: electric vehicles in batteries, storage tanks in hot water, and chemical synthesis plants in hydrogen and carbon. However, the storage requirements of wind and solar-powered grids are likely to require a combination of PHES, utility-scale batteries and demand management on top.

Most countries aim to meet this growing demand by massive scaling up wind and solar resources. Assuming, by 2050, electricity is being produced by a combination of solar (60%), wind (30%) and other methods (10%), Blakers forecasts need for 81TW of solar and 17TW of wind power. In that scenario, one day storage would amount to about 500TWh and require 20TW. That is vastly more than the 9,000GWh PHES plants can store today, but much smaller than the 23,000TWh potential off-river PHES capacity blakers believe in the world.