Abu Dhabi has unveiled the concept of teamLab Phenomena Abu Dhabi – a multi-sensory art experience that will be a ‘home for infinite curiosity’, featuring original and constantly changing artistic installations unique to Abu Dhabi.

teamLab Phenomena Abu Dhabi is a set to be immersive, inspirational space where the intersection of art and technology will ignite curiosity, imagination and creativity in all who visit. Slated to be completed in 2024, it is the latest offering of the Saadiyat Cultural District. The 17,000sqm (GFA) teamLab Phenomena Abu Dhabi building has been conceived with unparalleled installations that will be unique to Abu Dhabicreated through an extensive experimentation process.

The Department of Culture and Tourism – Abu Dhabi (DCT Abu Dhabi) has partnered with Miral, the emirate’s leading creator of destinations and experiences, to develop the concept, architecture and facilities, alongside teamLab, the globally acclaimed, interdisciplinary Tokyo-based art collective, known for their unique artistic vision.

Visitors will be invited to open their minds and embark on a journey through teamLab’s new concept of environmental phenomena, which offers a new perspective on the world around us. The featured artworks are created and shaped by the environment which produces the various phenomena. The customized and unique architecture, conceptualized by teamLab and realized by Abu Dhabi-based MZ Architects, plays an important role in providing the artworks with the environment to evolve freely and organically, as if they were life-forms themselves. The experience will be unique to each visitor, as they discover a place in which to endlessly explore and transcend the limits of their imagination.

The Museum of Contemporary Art in Los Angeles and the Art Gallery of New South Wales in Sydneyamong many others, teamLab’s artists, programmers, engineers, CG animators, mathematicians and architects are creating an original and unique concept teamlab Phenomena Abu Dhabi experience for the UAE capital. 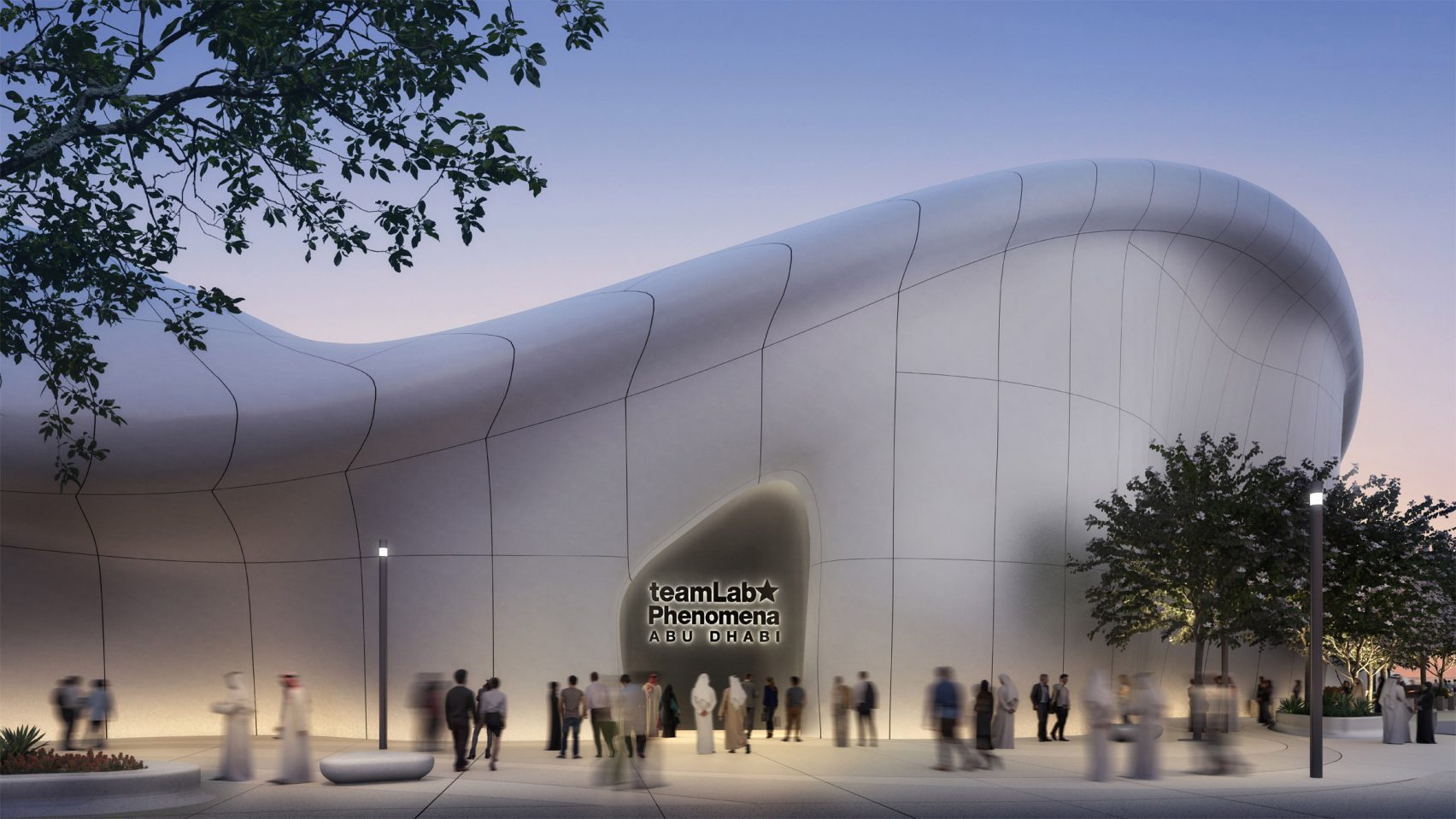 HE Mohamed Khalifa Al Mubarak, Chairman of DCT Abu Dhabi, said: “Curiosity and imagination are at the core of who we are as human beings, sparking all our discoveries, inventions and innovations through the millennia. Sitting at the intersection of art, technology, nature and high-tech fantasy, teamLab Phenomena Abu Dhabi will offer a world of boundless wonder and creativity to all who visit, encouraging the new perspectives that are so essential to a thriving future. Adding yet another outstanding experience to our world-leading cultural destination, the teamLab Phenomena experience will be unique to Abu Dhabi, reinforcing the emirate’s position as a destination of distinction. Providing a journey which will trigger the senses, nurture curiosity, spark imagination, and awaken a thirst for knowledge, teamLab Phenomena Abu Dhabi fully supports our commitment to inspire a new generation of innovators and creators in the emirate and beyond. ”

Toshiyuki InokoFounder of teamLab, said: “It is a great honor to be able to open teamLab Phenomena Abu Dhabi in the Saadiyat Cultural District of Abu Dhabi, a world-leading, future-focussed city. At teamLab Phenomena Abu Dhabi, visitors will be immersed into a world that organically changes and evolves through the participation and actions of the people in it, and it is precisely this physical experience that can expand our senses of value. The future is built on the grand sum of people’s creations. Curiosity drives people towards a deeper understanding of the world and leads to creativity. We believe that imagination determines the direction of this creativity. Our hope is for teamLab Phenomena Abu Dhabi to create opportunities for curiosity and imagination to be born. 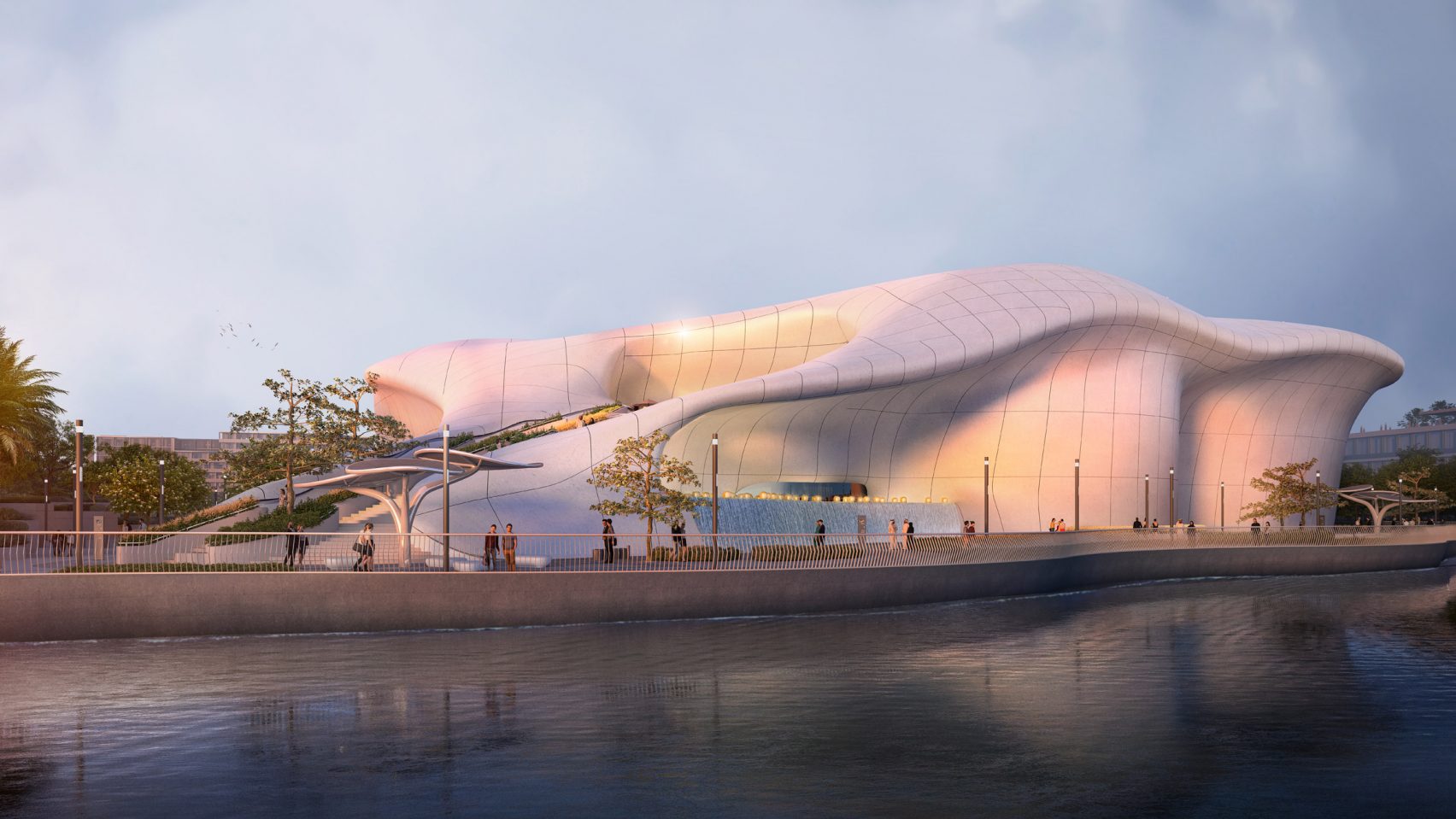 “Environmental phenomena are released from the material substances that have been responsible for maintaining structures of existence. Elements like air, water, and light that permeate our daily lives are transformed by their environment into unique phenomena that become works of art. The boundaries of their existence are ambiguous and continuous. Even if its environment is maintained. If the environment is not maintained, the work will disappear. In time, human consciousness will expand from existence itself to the environment. A stone can still exist in a closed box, but it cannot be created by its environment. Life is a miraculous phenomenon that emerges from a flow in a continuous world. ”

To celebrate the official launch of the project, DCT Abu Dhabi has also announced an activation preview for visitors to an immersive artworks that embodies the concept of ‘infinite curiosity’ ahead of the opening, taking them on a journey of wonder and sensory exploration. This event will take place at Mamsha Al Saadiyat from 24 June to 17 July.

The teamLab Phenomena Abu Dhabi launch reaffirms Abu Dhabi’s vision to enrich the emirate’s cultural landscape and foster its Culture and Creative Industries (CCI), positioning the UAE capital as a center for creativity and innovation. With a cultural and major driver of social and economic development, the emirate is fast becoming a globally recognized center of talent and a leading producer of creative content. Abu Dhabi seek to broaden creative and knowledge development, creating a culturally active and artistically aware city, creating strong links to the wider region and the world.

The emirate continues its support and development of cultural institutions, including the upcoming Zayed National Museum, Guggenheim Abu Dhabi and the Natural History Museum Abu Dhabi. The emirate’s performing arts, media and gaming sectors will also see further investment in their diverse array of programs and initiatives.

The Saadiyat Cultural District is an ambitious undertaking that will be one of the world’s pre-eminent cultural destinations. Through its museums, cultural centers, and educational institutions, the District will boast one of the highest concentrations of cultural experience in the world. The region is already home to Louvre Abu Dhabi, Manarat Al Saadiyat, a cultural center that contributes to the region’s vibrant arts scene with internationally relevant exhibitions and events, workshops and creative programming.

The Saadiyat Cultural District will soon also include the Zayed National Museum, the national museum of the UAE; Guggenheim Abu Dhabi, focusing on global Modern and Contemporary art; and the Abrahamic Family House, which will comprise three religious spaces in one complex – a mosque, a synagogue and a church – to inspire and nurture acceptance and peaceful coexistence among people of all faiths.

Want to be featured on stupidDOPE? You can schedule her callhit up LeVar or email us via [email protected] Make sure you subscribe to our Apple News channel!